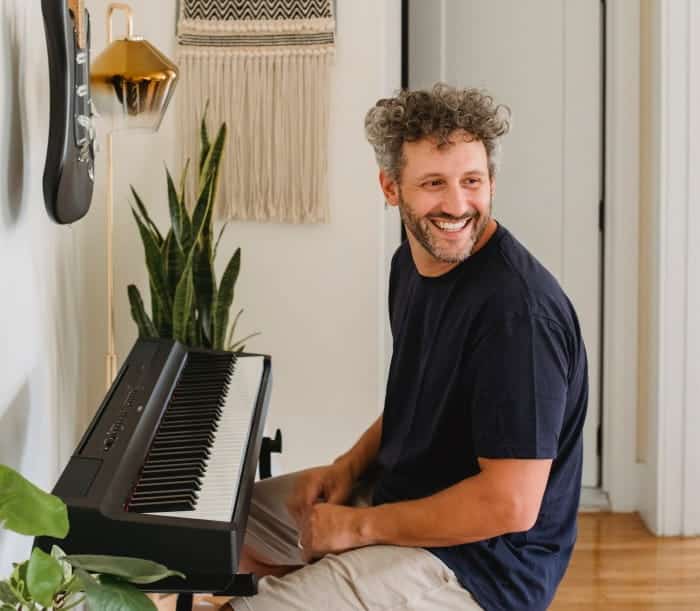 For the past hundreds of years, piano design has undergone a big change to make the song play become more emotional with variation in sound.

You can have many piano options for now, whether it has 32 or 96 keys at Bosendorfer Imperial version.

So, before deciding on buying a piano, it’s necessary to find out the answer to how many octaves on a piano? The following is all the information you need.

How Many Octaves On A Piano?

For each piano version, there will be a different number of octaves. Let’s continue reading and find more details.

To start, we should take a look at the smallest piano version. In this option, you will normally have 25 to 37 keys with two or three octaves.

These keyboards are mainly used for electronic music-making and most suitable for producers to compose rather than performing or learning.

To use this tool, you have to plug it into your computer's MIDI or USB gate. Then, it would help if you had some programs like Cubase or Sibelius so that you can compose the music.

Next up is the small piano with 49 keys that contain four octaves. 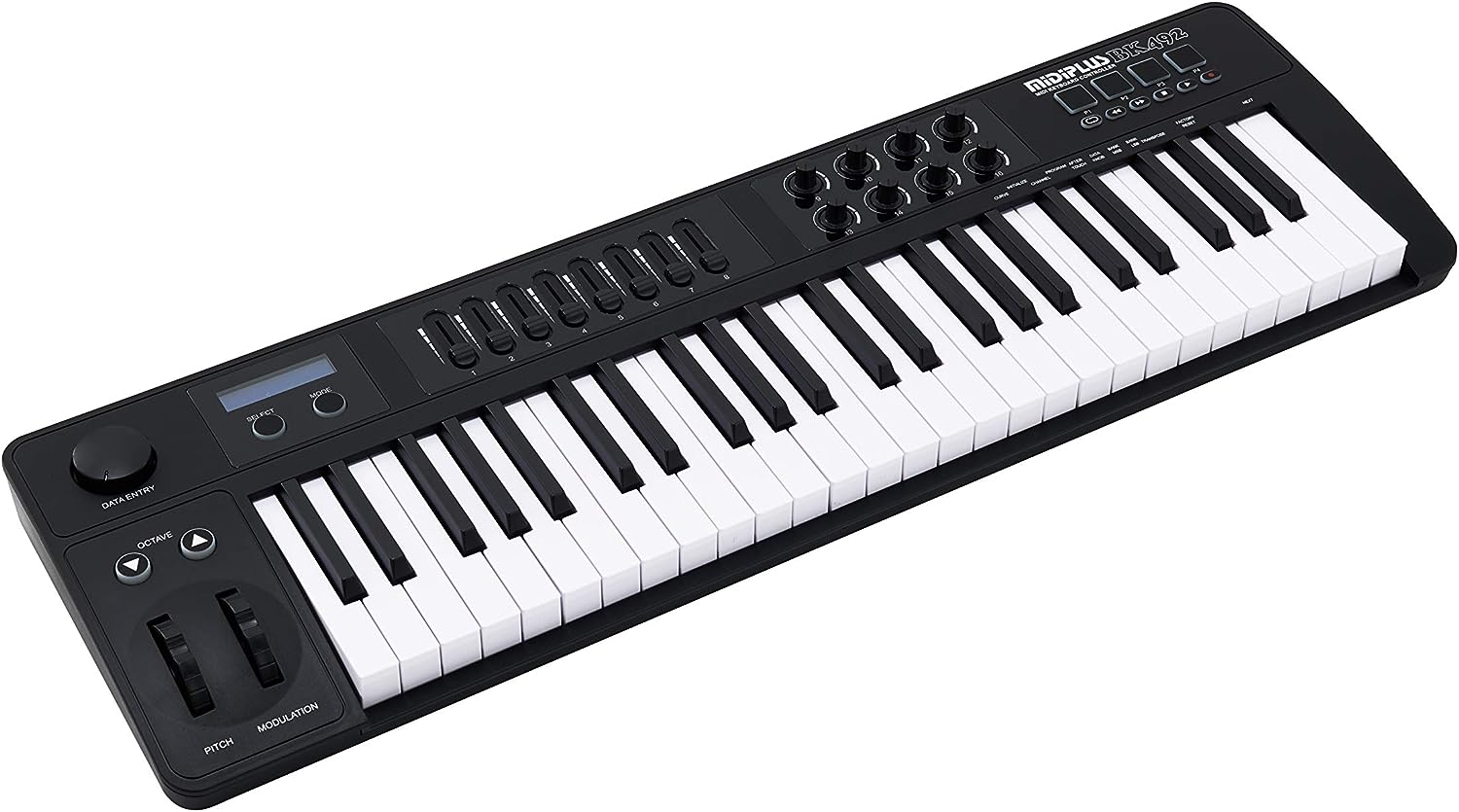 As an improvement of the extra small keyboards, this model is still quite simple. With a spring-loaded key, the small piano works for learning and practicing targets with some basic sounds.

This version is most appropriate for total beginners who want to start playing without the need to pay much money or anyone who is looking for a portable instrument.

With 61 keys and 5 octaves, this version must be the most suitable item if you begin your learning about the keyboard. 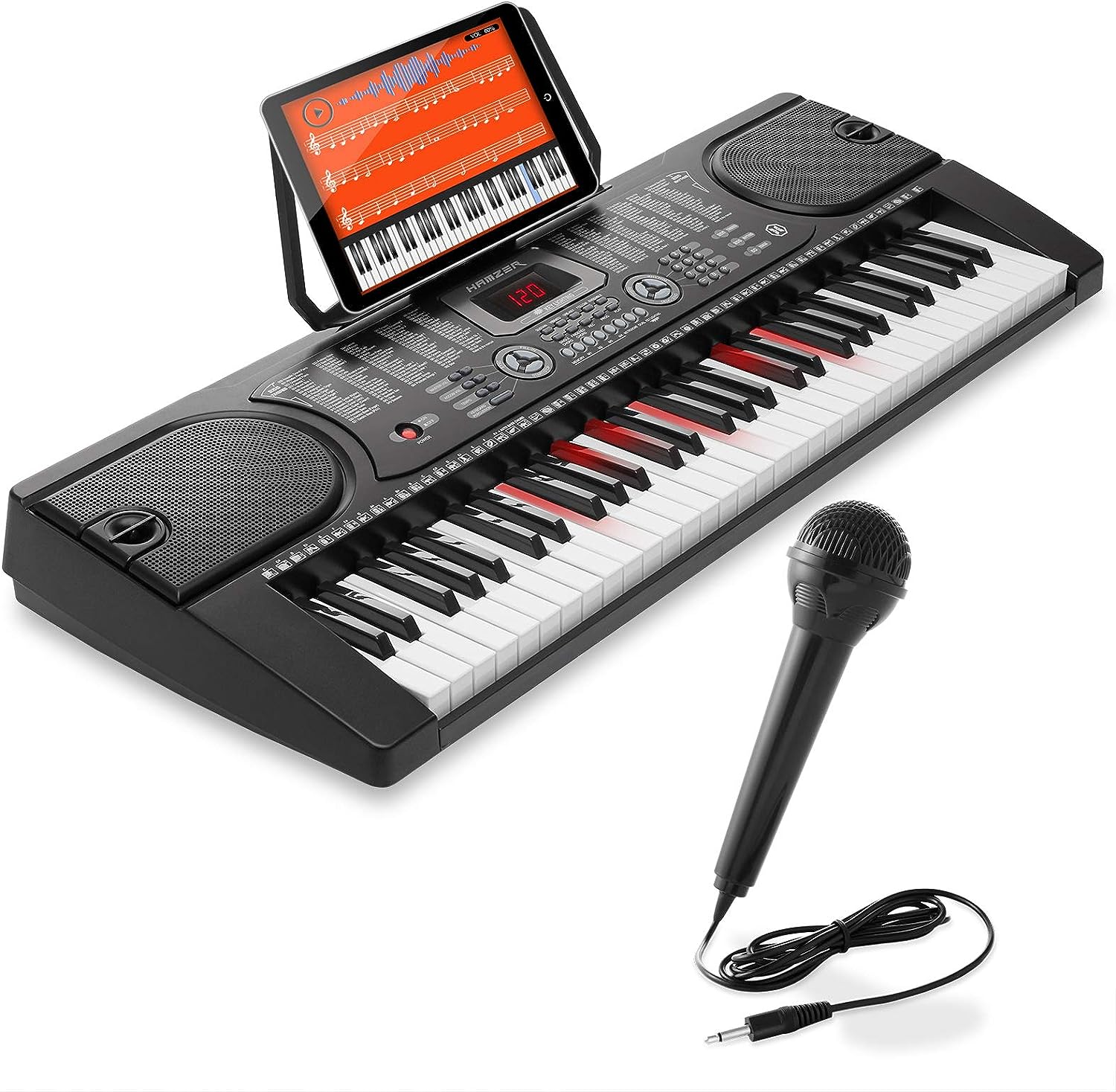 Overall, the medium version is a standard keyboard electronic with quite similar characteristics to the small size piano.

If you notice, you might find that many gig and studio musicians own one or even two keyboards like this.

The reason is their large range can adapt to almost all pop songs, while the instrument is versatile and portable.

This medium-large keyboard will be a great start if you target to become a musician seriously. 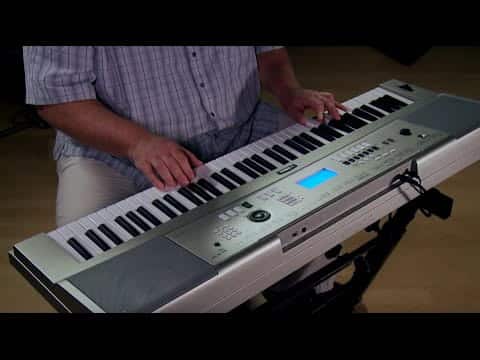 The 76 keys and 6 ½ octaves system is just enough for you to play almost all repertoire for intermediate, which often requires the weighted keys and sensitive touch.

When you are at a high level, you might eventually need a supreme model. However, in general, this option is excellent for learning and practicing at the beginner stage.

If you desire to be a professional pianist, you should have a piano version of 85 keys, at least! 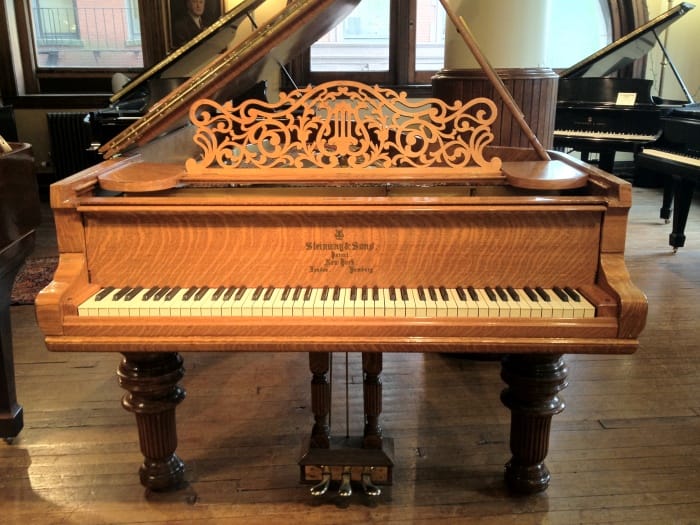 However, it is not popular for you to find this large option these days as they were normally manufactured from 1900 to 1940, which were the standard piano at the time.

It might not be a big hindrance, except for the case you play some Chopin, Liszt, or Debussy music or when you need three keys on top. In most cases, this instrument is perfectly fine to play the basic songs.

Even so, if you are serious about music, you should have the following two piano options.

For all acoustic pianos this day, the standard version will have 88 keys and 7 octaves. If you aim to play the piano seriously and for a long time, this version is the right one for you. 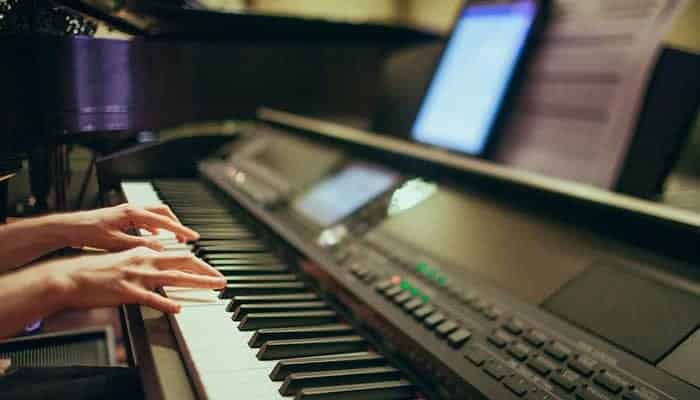 The standard piano nowadays has 88 keys.

At this standard size, you can play almost all songs, even the complicated version.

And for a more professional play and the exact or unique sound, you can choose the extra-large version as follows.

Generally, it is quite hard for you to find pianos with such large keys ranging at 96 keys and 8 octaves.

The extra-large piano is most suitable for professional play.

As mentioned before, you can play most of the modern and classical music with the standard version of 88 keys.

However, for some organ transcription that needs foot pedals and some extra keys, this extra-large version will make your song perfect.

These pianos are available in some little high-end brands and can cost you over $200,000. So you must be ready with the big-budget before buying this piano.

How Many Octaves On A Piano In The Past?

Even though the exact date of piano invention is still unknown,  the oldest three surviving pianos at this time from Cristofori have their creation time in 1720.

During 1790 and 1860, there had been a big improvement in building a piano. Part of these innovations was from the composers’ and pianists’ demands for a powerful sustain sound of a piano.

For instant, Bach criticized the lack of dynamic in the early stage of pianos. The makers took his opinion seriously and changed the construction, which was applauded later by Bach for the loud but soft sound of the instrument.

The better availability of precision and strings completed the design of the piano with time. And in the Mozart period, pianos contained five to seven or more octaves.

For the next innovation, Broadwood cooperated with Americus Backers and Robert Stoddart to build a harpsichord case piano.

Around 1777, these producers achieved the piano evolution that was really powerful and played by top musicians, including Ludwig van Beethoven and Joseph Haydn.

Following Broadwood, many manufacturers in Viennese also successfully made a seven-octave piano.

While the makers in Viennese focus more on the sensitivity of an instrument, Broadwood still goes with robust pianos action.

That is all you need to know about “How many octaves on a piano?” Before making the choice of which option to buy, it would be best if you can take time in the music instrument store to find the best one for your needs. Hopefully, you can enjoy every minute of playing the piano.

How To Fix Stuck Piano Keys